I just bought another obscure econobox from the 80s—a 1986 Nissan Stanza Wagon! Learn more about this strange and awkward vehicle as I drive it through the smog-filled streets of the San Fernando Valley to the Japanese Gardens in Van Nuys, California.

These strange yet innovative mini minivans are largely forgotten. But should they be?

The year is 1986. You’re watching an episode of Family Ties. During the commercial break an ad appears for the new Nissan Stanza Wagon. It’s practical! It’s innovative! Perfect for your family! But you nearly spit out a mouthful of New Coke when you catch sight of its awkward shape. Fast forward to today and you’re unlikely to ever cross paths with this box on wheels. When I came across this low mile ’86 Stanza Wagon on Craigslist, I immediately wondered how many 31 year old econoboxes are still on the road? Wouldn’t these have been treated as disposable and sent to the junkyard by now? One might argue that all Stanzas deserve the jaws of the crusher, but I have a soft spot for overlooked utilitarian transportation.

A quick test drive and I was hooked. Because dual sliding doors! Because box on wheels! Because cargo capacity! Because ’80s nostalgia! I foolishly overlooked the electrical gremlins, the whining fuel pump, and a slightly foul odor, and forked over the cash. The Stanza Wagon (known as Multi in the land of poutine, and Prairie everywhere else) is a mash-up of a van, station wagon, and utility vehicle.

It’s widely accepted that Chrysler created the first ever minivan with their Dodge Caravan / Plymouth Voyager twins, but I might argue that distinction belongs to this Nissan. It debuted in Japan in 1981, well before the Chrysler vans came on the scene. Though in ’81, the term ‘minivan’ had yet to be invented, so it was simply referred to as a wagon. In the ’80s, import quotas limited the number of cars Japanese manufacturers could bring into the US. Focusing their import efforts on other models, Nissan delayed its US arrival until 1986. By the time we saw it here in the states, the Stanza’s “form over function” styling was showing its age. Too small to be a minivan, too van-like to be a station wagon. Even though it got good marks for being a useful, practical, and versatile vehicle, buyers must have been confused.

Even though it wasn’t a sales success, it did have one quite innovative feature—dual sliding doors. This was the first vehicle to offer sliding doors on both sides of the car. They latch to the chassis (instead of each other) so they can be operated independently. It’s impossible to go without noticing the lack of a B pillar, which makes for a frighteningly large, gaping hole when all doors are open. If you regularly drive a Stanza Wagon, do yourself a favor and avoid side impacts. If you guessed that this design compromises structural integrity, you’d be right—make any sort of sudden turn and you’ll immediately notice the flexible nature of the chassis. In the driver’s seat you’re greeted with a huge greenhouse providing incredible visibility. You sit up high and are granted with a commanding view of the angular hood. In the back you get 80 cubic feet of cargo capacity, and with the optional jump seats this thing could actually haul seven people. But those seats were really only for kids, or for passengers you hated. Under the hood is the 97 horsepower, single overhead cam 2.0 liter motor found in the Stanza sedan. A very strange thing about this car is that each cylinder uses two spark plugs instead of one, as part of a system to reduce emissions. Back in 1986, Motorweek recorded a 13.7 second 0-60 time with their manual transmission version. I couldn’t manage anything faster than 18 seconds with the slush box neutering most of those 31 year old horses. Because of the torsion beam rear suspension and the lack of a B pillar, the handling of this car is downright unnerving at times. During hard braking, the rear of the car gets very light and feels like it has a mind of its own, and likes to depart from your trajectory.

Even with its quirks, I’d suggest this people mover was a bit under-appreciated. It’s abysmally slow and drives like a bowl of Jell-o, sure. But the innovative, industry first dual sliding doors are, many years later, standard equipment on minivans. The high seating position, generous headroom, and space for lots of cargo are now commonplace in today’s small utility vehicles. The styling is awkward for sure, however it’s an honest representation of the vehicle’s utilitarian nature. But today, this thing still flies under the radar—most have no idea what it is. Other than maybe some random disposable car from the 1980s. The Stanza Wagon was just a little bit misunderstood. No one could really classify what it was. But I think that’s what made it so great. The Porsche 944 Turbo is Totally Rad and Totally Underrated! The Most Boring Car on The Planet — Toyota Corolla Cross Review!

You can just look at the 2022 Toyota Corolla Cross and pretty much know exactly what you’re getting. This is a practical, 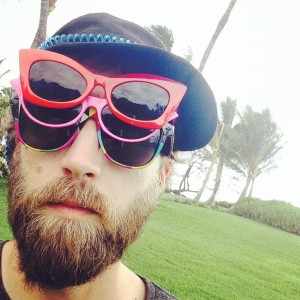